Safepal price (SFP) witnessed a 180% rally in November while the total market cap fell by 25%. A sharp rally occurred during the 3rd trading week of November, establishing a new monthly high at $0.81. Now, as the market has witnessed another liquidation, the decentralized wallet and exchange token’s price hovers at $0.48, 70% above the origin point of its’ jaw-dropping rally.

At the time of writing, the Safepal price tests the  21-day simple moving average for support. If the bulls can find a stable leg, A challenge of the newfound highs could occur. Bullish targets would be the $0.81 high and potentially liquidity levels near $0.84 to induce a market capitulation of newly established bears. Invalidation of the uptrend potential remains near the origin point of the 180% rally at $0.28.

Lido Dao price is another alt-coin that has demonstrated strength despite BItcoin’s demise.

Since June, LDO has pumped by 560%. The outperformance by the multi-network staking coin has speculators wondering if the LDO price has any potential to bring forth more gains.

Lido Dao price currently auctions at $1.10. A Fibonacci retracement tool surrounding the entirety of the stunning rally shows the current price as hovering just above the 61.8% Fib level. The Volume Profile Indicator shows fewer transactions during the current downtrend when compared to the influx of buying pressure that kicked off the impressive summertime rally. The Relative Strength Index has climbed back into support after briefly tagging oversold levels when Lido Dao bounced at the 61.8% Fib level at $0.93 earlier in the month.

Combining these narratives, Lido Dao price does have the potential to challenge bears who may have recently established a position near the $2 $3 levels. LDO’s uptrend potential depends on the origin point of the 5x rally at $0.49, remaining untagged.

Uniswap price is one to watch

Uniswap price is worth keeping on your watchlist, especially if a Christmas rally blesses the crypto market. Between June 14 and August 12, UNI established a  2X bullrun. After the impressive move north, the Ethereum-based swap token has since fallen by 50% and has remained range bound between $5 and $8.

Uniswap price currently auctions at $5.84. Glasnode’s Exchange From Withdrawals Indicator displayed UNI’a largest uptick in withdrawals from all exchanges on November 13. Based on historical evidence, large upticks in withdrawals from all exchanges have resulted in sharp countertrend bounces for the UNI price in the past. The last time the indicator portrayed comparable metrics was in September of 2021 when UNI traded at $20, days before rallying 20% to $25. 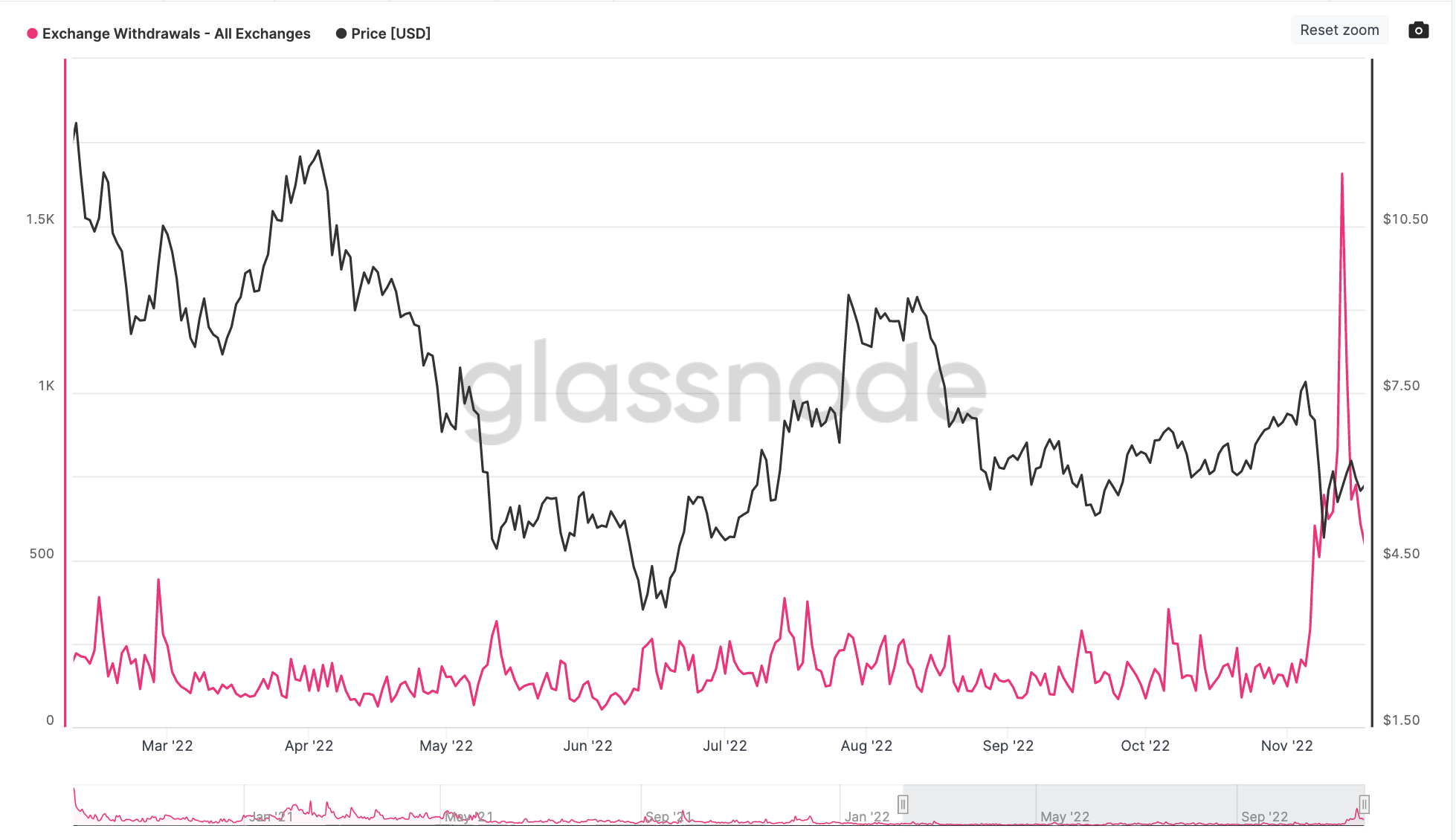 Similar to  Lido Dao, Uni also hovers above the 61.8% Fib level, considered the “golden pocket,” where opportunities are abundant and promising. A challenge of the 2x rallies’ high at $9.72 would result in a 88% increase from the current market value. Invalidation of the bullish potential would be the June 18 swing low at $3.33

In the following video, our analysts deep dive into the price action of Pancakeswap, another Decentralized Exchange (DEX) token analysts are keeping an eye on as 2022 comes to an end. -FXStreet Team

What’s the point of blockchain anyway?