Ethereum whales scoop up the altcoin as ETH price hits the $1,200 level


Ethereum whales have been scooping up the altcoin through the recent dip in its price. The second-largest cryptocurrency by market capitalization is close to its psychological support level at $1,200 and analysts expect a recovery in ETH price.

Large wallet investors on the Ethereum blockchain scooped up the altcoin. Whales engaged in mass accumulation of ETH through the recent dip in the second-largest crypto by market cap.

Ethereum price nosedived from the $1,293 level, close to the psychological support level of $1,200. The altcoin yielded 7% losses last week and 21% over the past two weeks. FTX exchange contagion spread to top cryptocurrency entities in the space and negatively influenced Bitcoin, Ethereum and altcoin prices. 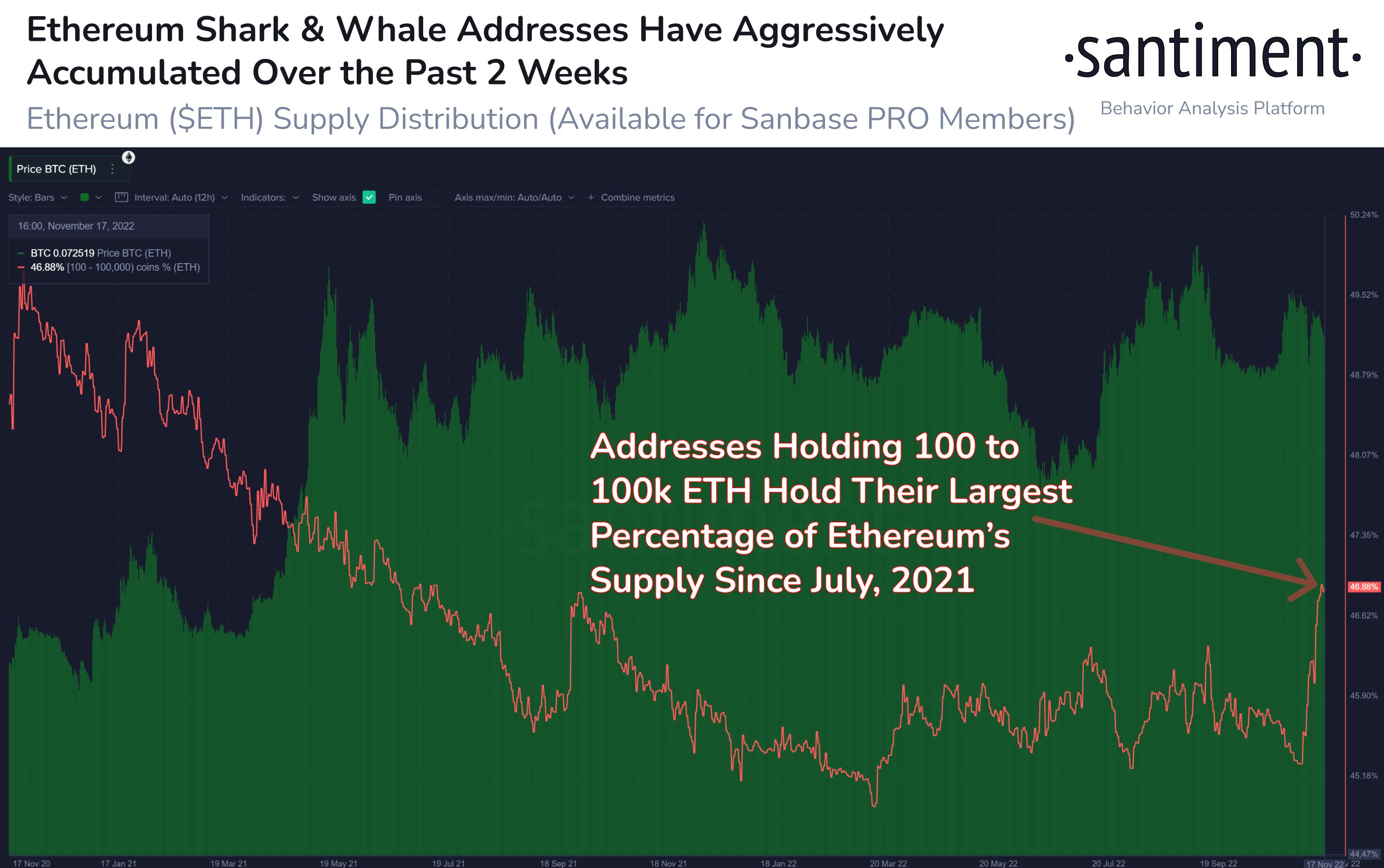 This move by the stablecoin giant followed Binance’s decision to temporarily delist USDT on the Solana blockchain. Multiple cryptocurrency exchanges followed Binance and delisted Solana-based stablecoins without providing an explanation. This unusual move followed the FTX exchange collapse and bankruptcy filing. BitMEX, OKX and Bybit were among the exchanges that delisted USDC and USDT on the Solana blockchain.

Binance –  the largest exchange by trade volume –cited “internal assessment and review” as the cause for temporary delisting of stablecoins based on the Solana blockchain.

Tether’s move to bring Solana based stablecoins to the Ethereum blockchain is bullish for ETH price as it is likely to boost on-chain activity and utility.

Analysts evaluated the Ethereum price trend and predicted a recovery in the altcoin. Simon Chandler, a crypto analyst, believes Ethereum price is likely to bounce back to its 200-day moving average at $1,600. 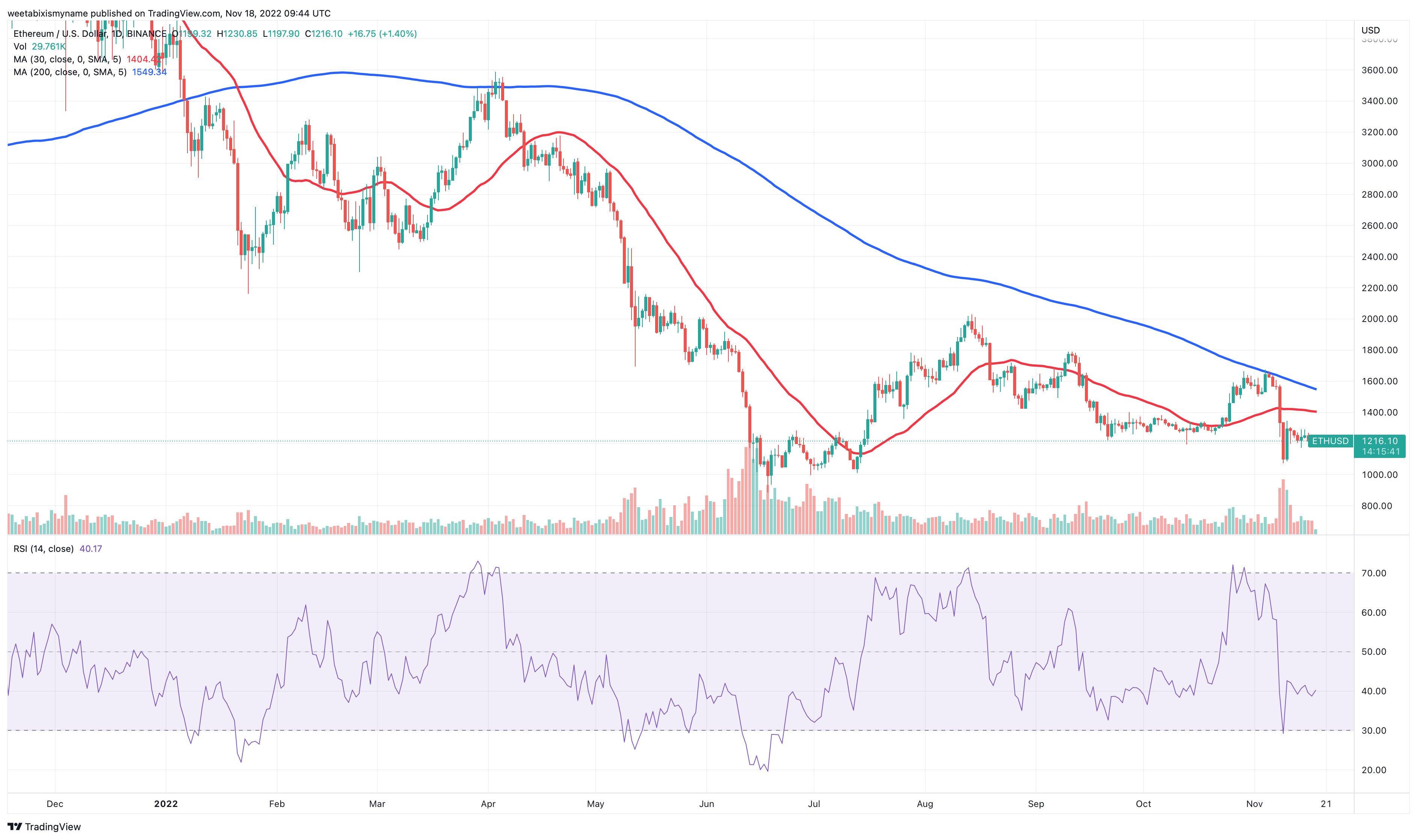 Chandler argues that Ethereum’s 30-day moving average is below its 200-day, signaling that ETH is in a prolonged bear market. The expert believes that Ethereum price is likely to rebound sooner or later.

Three Sustainable Cryptocurrencies To Watch Out For: Solana, Algorand, and Big Eyes Coin

Three Sustainable Cryptocurrencies To Watch Out For: Solana, Algorand, and Big Eyes Coin

Can This Solana DEX Make You a Millionaire?