Entertainment Guide: Web3, crypto, NFTs and you: The rise of blockchain gaming explained


We’re diving into the strange, ever-evolving world of Web3 gaming.

NFTs, cryptocurrency, and the blockchain took no time at all to converge with the gaming world. The very second we started to attach a serious monetary value to JPEGs following the explosion of NFTs, the question became: can we do this with videogames too? It’s a question that major game publishers have had to field quite a bit recently. The emergence of Web3 games can hardly be ignored – they have already cultivated a following in the indie scene, with players taking on all sorts of games in the hopes of finding one that will actually stick.

This rise in popularity has not been without its fair share of controversies, however. From market crashes to exploitative game design, there are plenty of reasons for the public to be wary about the concept as a whole – but given that it’s become such a talking point of late, we thought it’d be worth figuring out what these games are and what they’re trying to accomplish. To help with that, we spoke to Jansen Teng, the co-founder and CEO of PathDAO, an organisation committed to roping new players into the metaverse.

So what is Web3 anyway?

For those unfamiliar, Web3 is just a more decentralised version of the Internet as we know it today (now labelled Web2), but with more ownership over user-generated content than before. In theory, Web3 would allow users to access online services without going through the big companies that provide them – such as Google’s maps, Twitch’s video streaming, and WhatsApp’s messenger service. These services would be controlled by individual nodes – like the computers we use – thereby keeping big companies from profiting off your data.

This is a simplified take on what Web3 represents as an idea, and it leaves out other key attributes like the metaverse, blockchain integration and cryptocurrency. It’s also important to state that Web3 is anything but a fully-formed, actual thing that exists. It’s just an idea that some people want to make happen, so they can stop big companies from making all the money they want to make themselves. Web3 gaming just takes this idea and focuses it in one very specific direction: the games industry.

In theory, a Web3 game would allow gamers to take ownership of and control every aspect of a videogame – from owning items within the game to having a say in its design. Because this seems inconceivably complicated to actually put into practice, most Web3 game developers just try to throw some blockchain integration into their games and call it a day. Blockchain tech lets developers pair up virtual assets with tokens on the blockchain, which means that you can buy, sell and trade in-game items with other players. This attaches a real-world monetary value to usually frivolous in-game items like clothing.

Axie Infinity was one such browser game that required players to buy three Pokemon-like ‘Axies’ to play. These Axies cost real-world money and players can loan them out to other players for a hopeful profit. Hopeful is the key word here, because eventually the in-game economy tanked and suddenly Axies that once cost $350 dropped to below $10 in value.

Axie Infinity is just one example of what a Web3 game can look like, but it paints an accurate picture of what most gamers are looking for in this genre: play-to-earn gameplay. Enthusiasts approach these games with an attitude that borders on entitlement: “If I’m spending my time on you, I want a return on my investment.” Time spent gaming is time wasted because it could be better spent making money. But, the Web3 enthusiast asks, what if gaming actually did make you money? Is that kind of gaming actually sustainable for most players, who turn to gaming for escapism rather than financial gain?

Jansen from PathDao argues that gamers will try anything as long as it’s fun:

Most Web3 games can be identified by this kind of play-to-earn game loop, which involves you logging in, completing activities and getting NFTs or cryptocurrency as rewards. This isn’t so different from a person logging in and ticking off dailies in games like Fortnite and Destiny 2 for cosmetics and gear, except what you get in return has real-world monetary value. These titles can look like gambling games, farming games, Donkey Kong-lookalikes, and more. Depending on the amount of money pumped into them, they can be ridiculously simple or fairly complex.

Unlike normal videogames, however, players have to be aware of the financial risks that Web3 games can pose. It’s never as simple as playing and earning because that cycle often isn’t as consistent as you want it to be. Game economies can rise and fall, speculators can inflate the value of a title before the bubble pops, and security is not guaranteed. Just recently, the Twitter account of an Ethereum NFT game developer was hacked – leading to $30,000 worth of cryptocurrency and dozens of NFTs being stolen from their owners.

This space is rampant with fraudulent actors of all kinds and the regulations needed to make these games as safe for players as they should be don’t exist yet.

Where is all this headed? 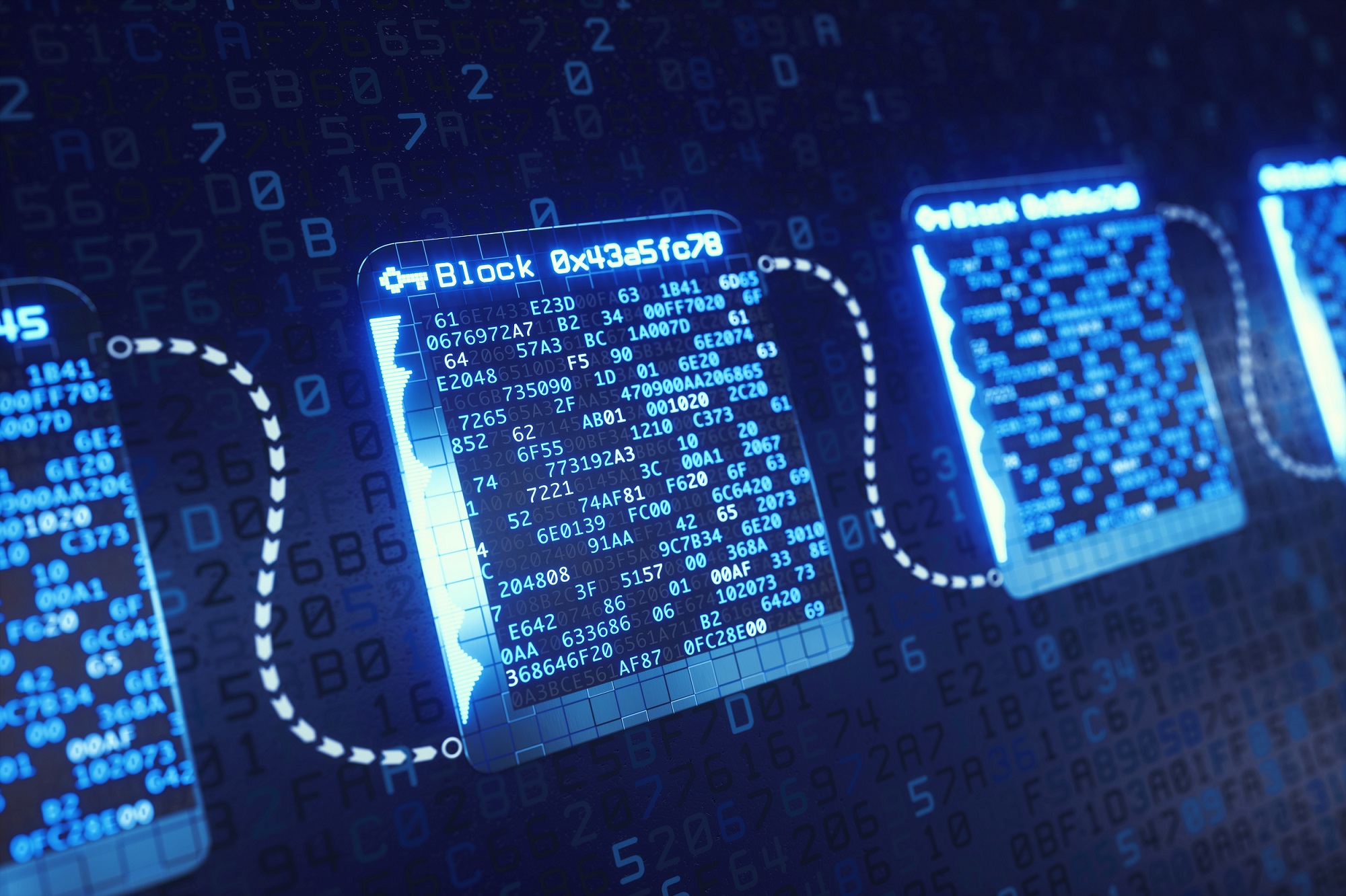 Web3 gaming is still figuring itself out and it’s got a long way to go before reaching mainstream popularity. It would be one thing if Web3 gaming only promised play-to-earn videogames – but enthusiasts expect much more to come out of the scene. A true Web3 game wouldn’t just stop at giving players a complete cut of their play-to-earn profits; that’s the bare minimum. Players should be allowed to help develop the game itself, have a say in its game design, and collectively shape its future. What exactly is the incentive for anyone to create a game like this?

Jansen points out that all game developers fundamentally want to make money and evaluate their success on the average revenue gained per user. He points out statistics, saying that Web3 game developers usually take, “maybe five or 10% as a transaction tax,” which can snowball into much higher numbers when digital assets are repeatedly sold in a game. He also points out that because “there’s some form of liquidity for your assets,” gamers can simply sell out if they decide to quit a game instead of losing money on the assets they’ve spent money on. Jansen explains:

From a gaming perspective, when I come and pay for a loot box or buy a skin, in my head that’s no longer an expense. It’s either an investment or something I could liquidate for the same value or maybe a lower value. I can actually sell it – it’s no longer an expense. Because of that, gamers tend to spend more, because now you can actually get out [of your purchases]. So instead of spending $100 that I write off, I’m willing to spend $1,000. You combine that 5-10 times more spending, and suddenly the value that could be obtained from the user increases exponentially. That’s the reason a lot of game developers flock to the Web3 space, because they realize that actually, it’s a whole new economic model that could generate so much more revenue.

The way PathDao’s co-founder sees it, future Web3 games won’t be as Web3-forward as they are now. They’ll just be regular games that slowly reveal themselves to be Web3 games as they go along. By then, players would be too invested to quit playing altogether – giving these Web3 elements more potential engagement. He anticipates, “a Trojan horse kind of environment,” where Web3 titles position themselves as, “normal games,” before the Web3 element starts, “coming in as a Trojan horse at the endgame when you’re too engrossed, too invested, and that’s where they start showing you the open economy that these games can have.”

Some other Web3 game developers today are following more or less the same line of logic. By focusing on making good games rather than Web3 games, their projects have a better shot of going beyond Web3 enthusiasts and reaching mainstream players. “If you create content that’s fun enough, people look past your deal breakers, and they just kind of play your game. I think that’s the fundamental gamer mindset,” Jansen says. 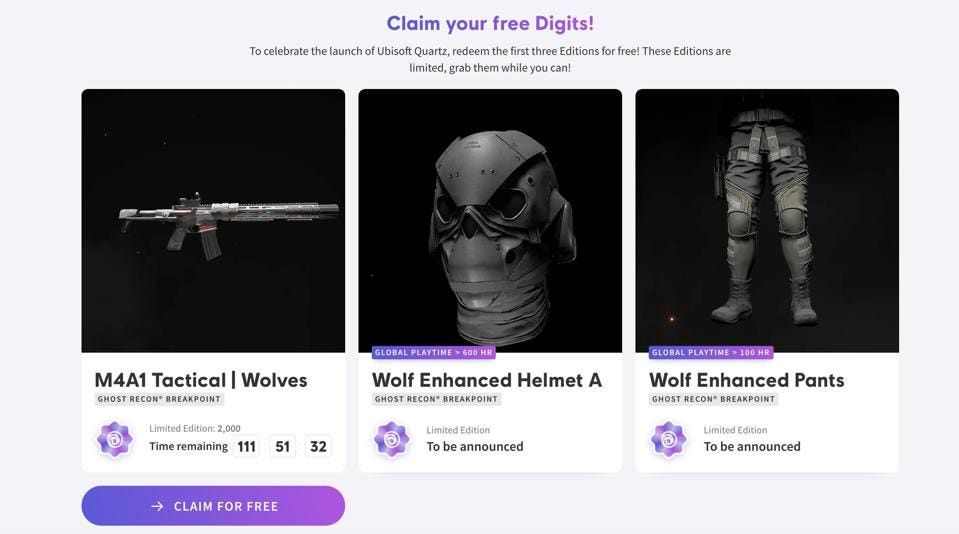 Right now, the Web3 gaming scene isn’t being touched by larger game publishers like PlayStation and Bethesda – but that could change. The blockchain gaming scene is rife with copies of better games because they’re easier to develop with small teams that lack the resources of larger publishers. An NFT card game like Alien Worlds can’t compete with Hearthstone or Magic the Gathering: Arena, but it occupies a niche that the latter two can’t fill right now. Bigger game publishers could drop a Web3 game and annihilate the competition with ease – but they’re shying away because their fans has voiced a collective dislike of this space. Web3, NFTs, and gaming on the blockchain at large have this icky scent on them that’s hard to shake off.

Some companies are going to give it a shot anyway. Despite facing controversy when it initially voiced interest in blockchain gaming, Square Enix recently announced its first foray in the genre: an ‘NFT Collectible Art Project’ called Symbiogenesis. The vagueness of this announcement is only worsened by its Twitter bio, which declares itself a ‘new franchise’ launching in Spring 2023. What exactly is this? Who is this for? It certainly isn’t for the publisher’s fans, who have replied to the reveal with naught but disappointment (mostly because it was rumoured to be a Parasite Eve reboot pre-reveal), which is the main reason most companies like these choose to avoid Web3 gaming entirely.

Ubisoft tried introducing a new NFT system called Quartz in Ghost Recon Breakpoint, one of its most critically derided games in recent years. It called Quartz, “the first building block in our ambitious vision for developing a true metaverse.” Hilariously, the whole thing was shut down after a few months. CEO Yves Guillemot then backtracked on his Quartz NFTs, using language that made it seem like it was all one big experiment and they hadn’t actually launched anything yet: “We should have said we were working on it, and when we have something that gives you a real benefit, we’ll bring it to you. Exploring doesn’t mean launching.”

Only they did launch it, and it did flop, and the Internet doesn’t forget. Is it really worthwhile for companies like these to set so much goodwill on fire?

Web3 gaming is still in its infancy, and the only people who would have you convinced of its imminent breakthrough seem to be selling you something. It’s not totally unfeasible for products like these to finally reach their target audience one day – but there are far too many obstacles that need hurdling first. How do play-to-earn games appeal to mainstream gamers – a demographic historically resistant to change and increasingly sceptical of corporate money-grubbing shenanigans – when this isn’t what they play games for in the first place? How do you educate gamers about Web3 gaming and what it can offer, and then incentivise it so that it becomes their platform of choice?

The Web3 scene doesn’t have the answers to these questions yet, and perhaps it never will, but it needs to – or it will continue falling short of the expansive growth it’s looking for.

Will Solana go up? SOL price outlook amid FTX contagion