U.S. Federal Reserve’s Race For The Digital Dollar Might Bring Dogecoin In The Spotlight Again 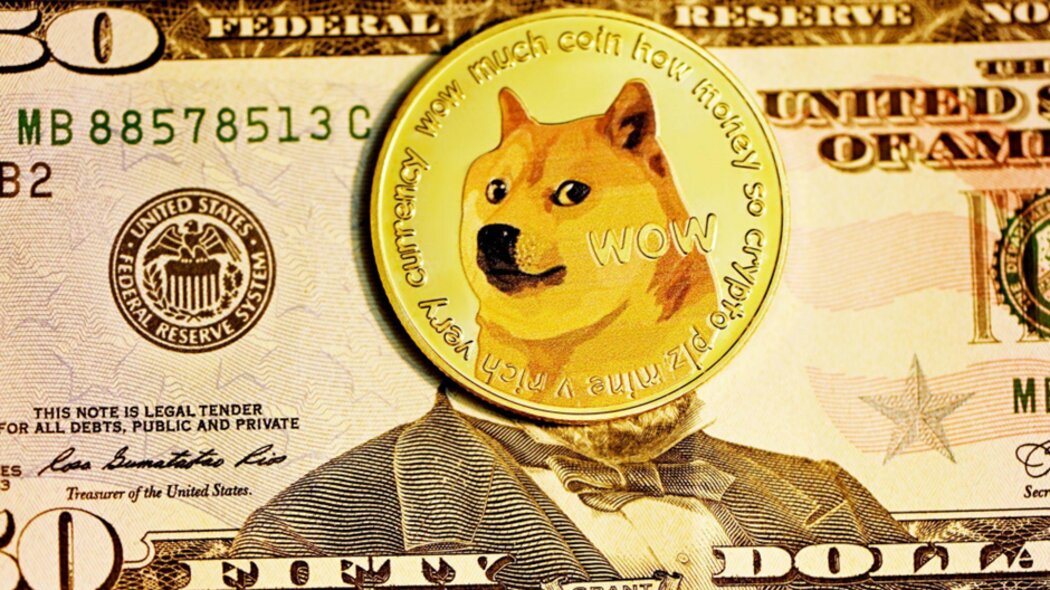 U.S. officials usually look at things the wrong way. Ever since China launched the Digital yuan, a digitised version of China’s legal currency, Washington officials are ruffling their heads to stay ahead in the race for the digital dollar. Creating a digital dollar is the right goal, but doing it to counter China is the wrong reason. United States’ goal to create a digital currency just to beat china will overlook new technological innovations in the blockchain industry.

Digital asset like Dogecoin (DOGE) has been a celebrity-favourite. Elon Musk, who played an important role in the creation of Paypal, understands money better than other industry experts. In his several media interactions and on Twitter, he has come forward in support of the dog-themed meme token.

‘Bitcoin doesn’t have a good transactional value, Dogecoin does,’ Elon stated in TIME Magazine’s Person of the Year interview. Rightly so. Dogecoin, when compared to Bitcoin, is easy for regular, day-to-day transactions as it encourages people to spend, which is healthy for a running economy.

Many experts would suggest that Bitcoin (BTC) can be used as a digital currency because of its history. Indeed, Bitcoin is the pioneer in blockchain-based cryptocurrencies and Dogecoin was merely launched to mock it. However, as the tables turned, Dogecoin’s market cap rose to $84B, making it one of the most valuable meme coins.

Because of its low transaction fees, and easy circulation in the market, Dogecoin is preferred to be the alternate currency of the world. The inflationary factor allows the community to create 5B DOGE tokens every year, enough for the transactional game of demand and supply in the U.S. economy.

But, the digital dollar shouldn’t be confused with the money that shows in the bank app on your phone. Rather it will be the currency that will be a cryptographic representation of the money that federal reserves issue today in the U.S.

The unique amalgamation of the federal reserve’s centralised mechanism and Dogecoin’s decentralised outlook can provide a digital dollar that would be trusted, used and celebrated by the citizens.

One might argue that even the U.S. dollar is on the verge of a crash, so why should cryptocurrencies be immune? Looking at the current trends in the crypto market, most of the coins are green again. Investors have left behind the horrors of the crypto crash. And now, new meme tokens have launched that are proving to be a viable alternative to dog-themed coins or the king of coins, Bitcoin.

Big Eyes Coin (BIG), intends to dethrone the dominance of dog-themed coins with its irresistibly cute cat mascot. The meme token also intends to put wealth into the decentralised finance (DeFi) ecosystem by reminding the crypto lending and borrowing mechanism.

Similar to Dogecoin, Big Eyes Coin can process faster payments at low fees. The cherry on the cake is the integrated NFT club which can be utilised by the federal reserve to popularise the use of the digital dollar.

With the emergence of blockchain technology, the U.S. can cash in and revamp the economic system by putting resources into the digital dollar project. If done for the right reasons, America’s first digital currency will be accepted and used widely.

Big Eyes Coin and Dogecoin both provide solutions to the problems that are faced by the U.S. authorities in finalising and green-lighting the digital currency. Also, consider Big Eyes Coin for your next crypto investment. The markets are back on track, and Big Eyes Coin has raised more than $9M in its presale. This is probably the best time to invest and get maximum returns.

Use the code BIG634 to get bonus coins!

Click on the links below to be a part of the cat community!

Disclaimer: This is a sponsored article. The views and opinions presented in this article do not necessarily reflect the views of CoinCodex. The content of this article should not be considered as investment advice. Always do your own research before deciding to buy, sell or transfer any crypto assets.

Can Dogeliens Token And The Sandbox Revolutionize The Metaverse While Eos Leading On The Dapps Platforms? – CryptoMode

Why banking uses at least 56 times more energy than Bitcoin

Why banking uses at least 56 times more energy than Bitcoin

Top 5 Altcoins to Watch in November 2022