by NewsNFT
in Metaverse
0 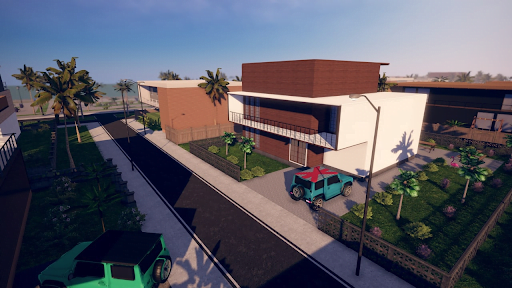 Hometopia is a free-to-play video game that allows players to build their ideal homes and communities alongside friends. Unlike traditional video games, Hometopia players are given true ownership of everything they build and acquire.

“Hometopia will capture those looking for a more realistic home design and world creation game as they age out of the homebuilding games they loved as a kid. Hometopia stands to become this generation’s The Sims, one of the best-selling PC games of all time, which sold more than 11 million copies generating more than $5 billion in revenue,” says Alex Ahlund, founder and developer of Hometopia.

Hometopia’s game mechanics resemble some of the most popular home design games in Roblox, such as Bloxburg and Brookhaven. Bloxburg, which was released in 2015, has amassed over five billion visits and been favorited more than 11 million times. Brookhaven, another Roblox-based home building simulation game, routinely has over 450,000+ concurrent users.

Janine Yorio, CEO of Everyrealm, said, “As a gamified combination of Pinterest, Houzz and Wayfair, Hometopia is poised to capture those looking for more adult-versions of Roblox interior design games they grew to love as children, and will particularly appeal to a female demographic that has been overlooked by most metaverse gaming projects but which represents a disproportionate amount of spending power.”

Everyrealm is best known for its vast and diverse metaverse real estate holdings and successful metaverse projects including Fantasy Islands and The Row.

Backed by Polygon, Forte, and Overwolf, Hometopia is a project led by Alex Ahlund, a 20+ year veteran of the video gaming industry, best known for top-grossing mobile games including Design This Home and Design This Castle, which each had more than 25 million players.

Hometopia has been in development for over three years and will launch later this year for free on the Epic Games Store for PC, with Mac and other platforms to follow.

Hometopia Inc. is a joint venture between metaverse company Everyrealm and game company Giant Junior. Giant Junior was founded in 2002 as a game developer and publisher of popular casual games like The Wonderful Wizard of Oz and Daycare Nightmare for major web portals and retail stores. Under their mobile games brand, App Minis, they achieved over 25M downloads across top-grossing home design games Design This Home and Design This Castle among others.

Making cryptocurrency: How waste from old coal mine is powering a Bitcoin mine in a Pennsylvania town