The metaverse can be a bit confusing to those who are not already entirely familiar with it, but in spite of the fact that this is the case it is shaping up to be one of the most influential new forms of tech out there.

There has been a lot of debate surrounding the value of the metaverse, if there even is any, and with all of that having been said and now out of the way it is important to note that around 2 out of every 3 industry leaders seem to think that the metaverse will be the main way for them to get work done in the future. 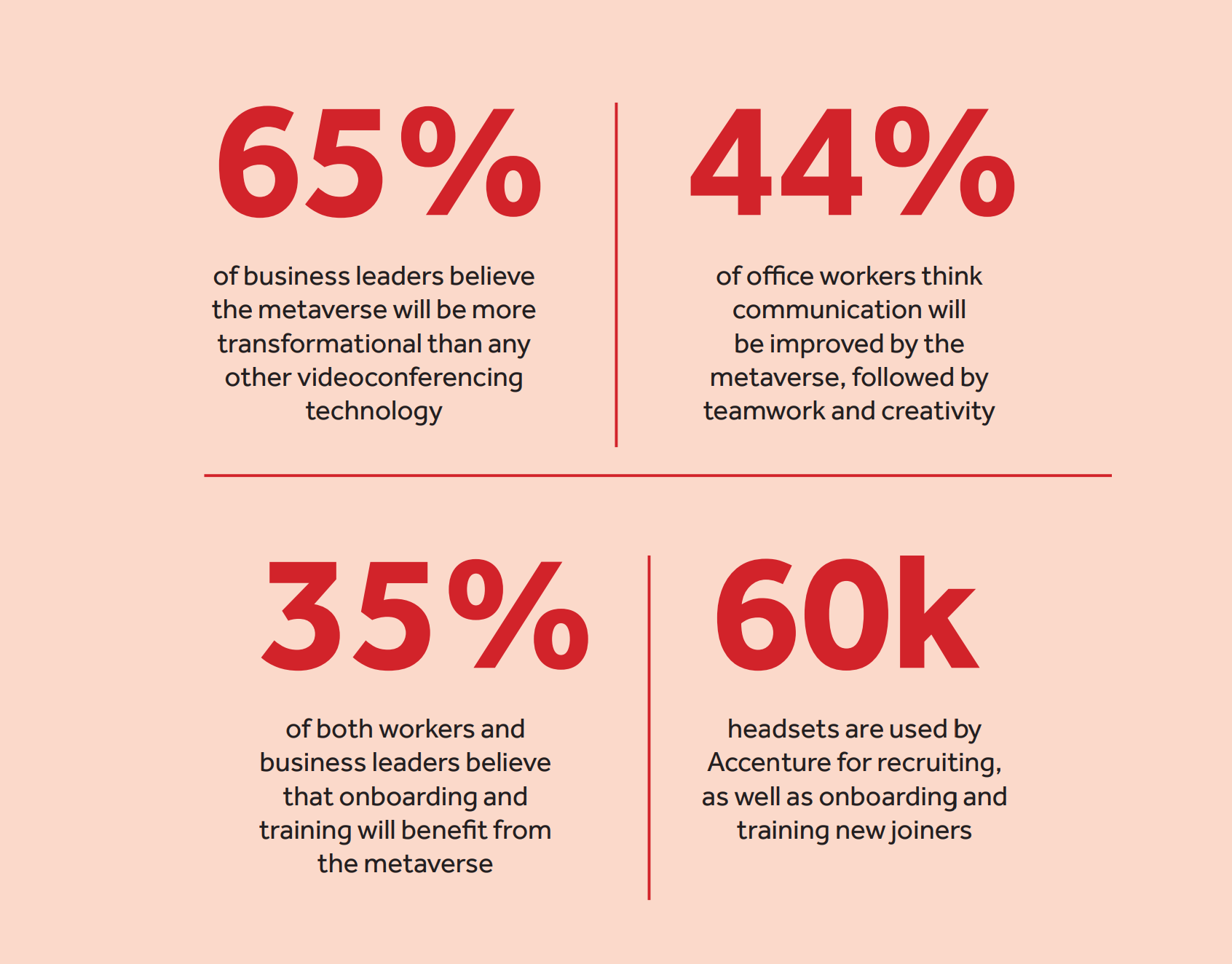 This comes from a report released by Regus that involved a survey of over 2,200 people working for British companies.

Around 65% of business leaders who responded to this survey said that they felt like the metaverse could potentially replace videoconferencing, and 44% of office workers said that working from the metaverse might be able to help them communicate better than might have been the case otherwise.

Hybrid work has been a major trend these past few years because of the fact that this is the sort of thing that could potentially end up helping people do their jobs from home and only go into the office when it’s required.

However, working from home can also make things rather difficult from a communication perspective.

The Metaverse can help to bridge that gap by allowing employees and managers to hold office style meetings without requiring people to actually come to the office with all things having been considered and taken into account. Some are skeptical of the Metaverse on this front, though.

Most initial promotional images for the Metaverse fail to provide anything meaningful or exciting, with many criticizing them for looking like a turn of the millennial online games which weren’t famous for their good graphics.

The Metaverse needs a lot of work before it can reach its true potential, and it will be interesting to see what happens if and when that occurs either through Meta’s efforts or someone else’s.

Read next: The Pandemic Greatly Increased IT Knowledge in Companies According to This Report

Banks hold $9.2B in Bitcoin, Ethereum, Solana and other cryptos

Why Amazing Bullish Predictions Drive The Sandbox, Neo, and GryffinDAO