An NFT With a Year’s Supply of Chicken 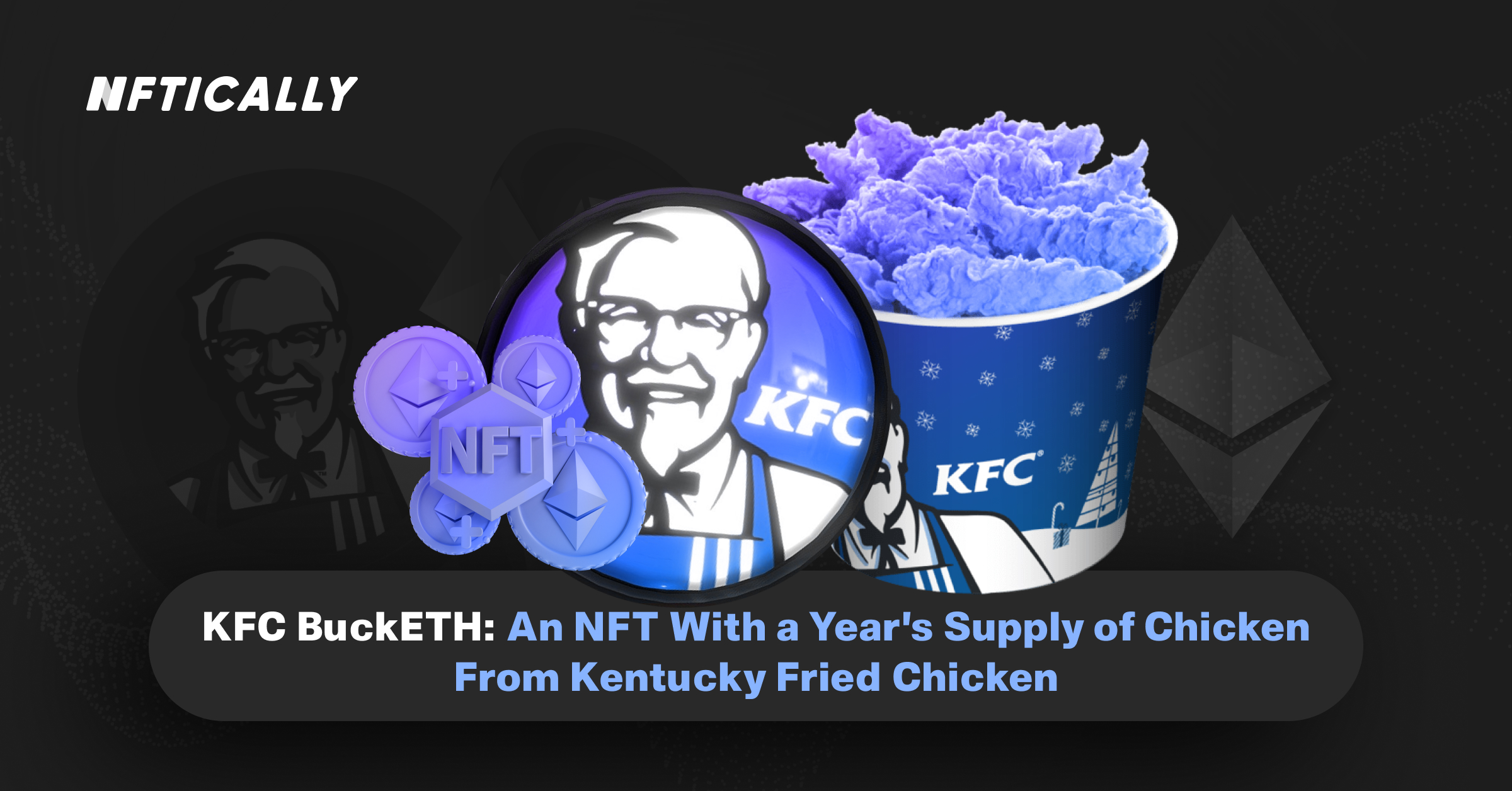 Fast food giant KFC has announced that its Indian franchise would launch its cryptocurrency, KFC BuckETH. The NFT is up for grabs in a social media competition, with designs chosen from submissions by artists throughout the nation. KFC claims the contest winner will get a year’s worth of fast food chicken products as an additional prize.

Using the Ethereum blockchain as a host, KFC and Blink Digital mint KFC BuckETH. A “homage to the rich melting pot culture that is India,” the piece was commissioning to mark the fast-food franchise’s achievement of 600 locations in 150 Indian cities.

KFC’s trademark chicken flavour is accompanied by an equally famous packaging design: The Bucket. The Bucket is a symbol of our company’s history and has played a significant role in our customers’ joyous occasions. “Thrilled to introduce the Bucket to the modern digital era with our first NFT, KFC BuckETH, which has a collection of graphics created by up-and-coming artists”. The KFC BuckETH allows customers to interact with the company in a way that has never been possible before, according to a press release from the company.

Visit the official KFC India Instagram account (@kfcindia official) and take a snapshot of the “Ultimate Chicken Lover Checklist” from the account’s Stories to enter the NFT giveaway. Afterwards, you must submit the completed checklist to your Instagram story while tagging KFC with GIFs, photographs, or text. A single lucky winner will get the KFC BuckETH NFT and a year’s worth of KFC from the fast-food business.

The contest winner will get the digital KFC bucket.

And awarding the KFC BuckETH to the person who most eloquently declares their undying devotion to Kentucky Fried Chicken. Follow KFC India on Instagram at @kfcindia official and take a screenshot of the Ultimate Chicken Lover Checklist from their Instagram Stories. To participate, complete the checklist using GIFs, photographs, or text, and share it on your Stories while tagging KFC. The firm announced in a news release that “one fortunate winner will receive possession of the coveted KFC BuckETH.”

The NFT industry is already crowded, but KFC is only getting its feet wet.

In March 2017, Taco Bell made history by launching the first fast food chain’s own NFT collection. The firm displayed five distinct “NFTacoBells,” sold out in under half an hour on the Rarible marketplace.

However, the burger behemoth Burger King teamed up with NFT platform Sweet in September 2021 so that consumers could acquire NFTs by scanning QR codes.

In addition, for the last 40 years, McDonald’s has known for their signature McRib sandwich. Thus, no individual items from this series were ever for sale; collectors had to win them.

If you have interest in reading more blogs on this topic, you can check out NFTICALLY’s blog page.

White label SaaS NFT marketplace from NFTICALLY gives you access to several blockchains, each with their unique set of benefits.