Bitcoin has been put to the extreme test during the past few weeks as this year’s cryptocurrency market crash has raised questions about the viability of the industry, with investors bearing the brunt of the collapse and market fear hitting a new high.

Fears of a worldwide recession and the highest inflation in over four decades have delivered a heavy blow to the young cryptocurrency market in 2022, spawning a brutal crypto winter that has driven once-soaring companies to shut down and investors into panic-selling.

Nearly $2 trillion in market value, billions of dollars in frozen assets, and thousands of jobs have been lost because of the turbulence, but these losses may only be the beginning.

Despite the bleak outlook, the chief executive officer of this digital assets management company is optimistic.

Gavin Michael said in an interview with Yahoo Finance on Friday that the cryptocurrency industry is “not going away.” In fact, he claims that interest in the field is motivated by the likelihood of a significant resurgence next year, following the recent decline of Bitcoin and other cryptocurrencies.

The ICE-founded Bakkt, which offers a platform for institutional investors to trade bitcoin and other cryptocurrencies, continues to make gains in the digital assets market. The site just announced a partnership with Visa to provide crypto debit and credit cards. Mastercard is also an existing partner of Bakkt. 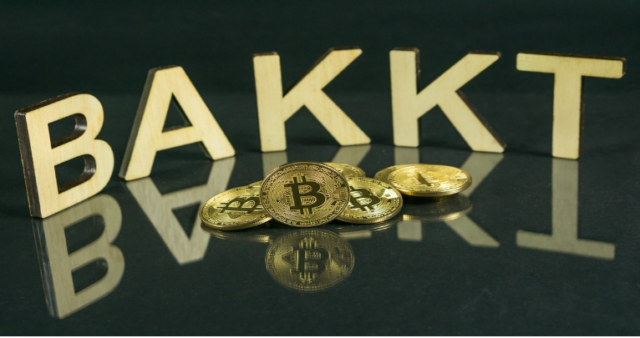 According to Michael, Bakkt’s partners, the majority of which are international corporations, continue to exhibit significant interest and enthusiasm.

“They have been monitoring this area for a very long time. They comprehend the peaks and troughs that we are witnessing.”

(As of this writing, Bitcoin was trading at $21,416, down 13 percent in the last seven days, data from Coingecko show).

After reaching $3 trillion in value in November of last year, the cryptocurrency market had its worst first half ever, falling more than 70% by July.

According to analysts, the cryptocurrency market has now regained almost 33% of its losses, but is still down more than 60% from its all-time high.

“We continue to expand our crypto capabilities in order to suit these changing market demands.”