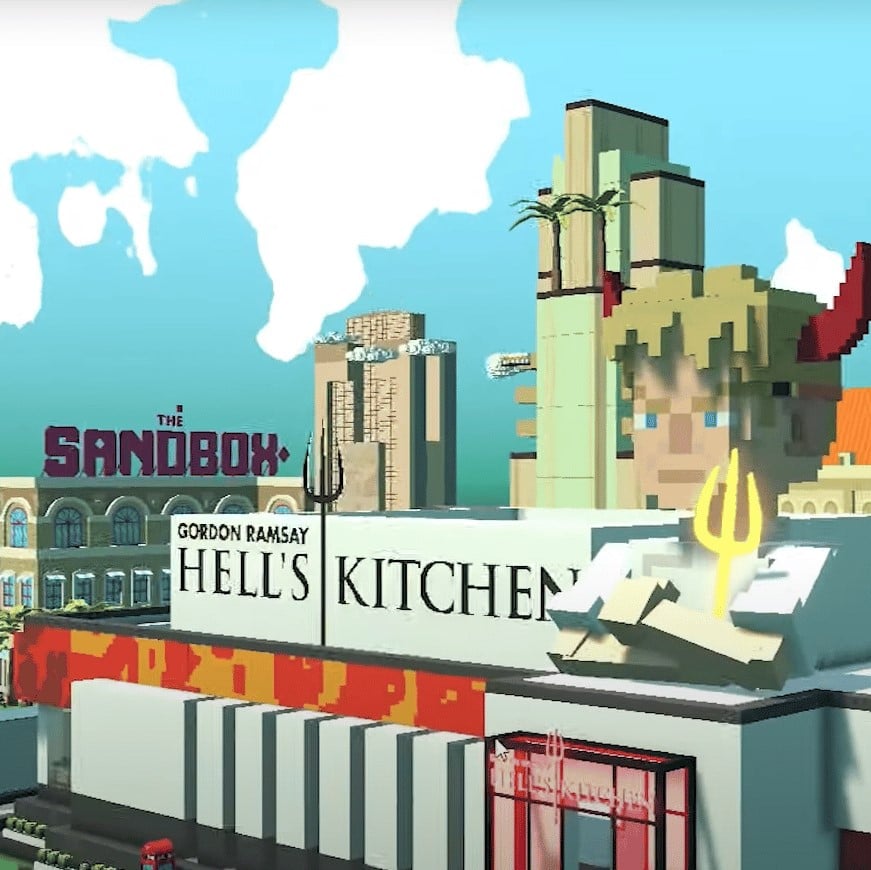 The world’s most viewed gastronomic TV show with Gordon Ramsay as a chef is about to set the metaverse on fire. Thus, Hell’s Kitchen joins efforts with ITV Studios to enter The Sandbox lands and spice up the web with the first cooking-themed game.

The whole large program’s fanbase will be treated to a fully-fledged cooking experience, reviving the most iconic moments in VR. As The Sandbox-Hell’s Kitchen statement reads, the metaverse gourmets will be able to “create new dishes, win competitions, collect recipes and compete for a chance to make it to Head Chef.”

The heart and soul of the project, Gordon Ramsey himself, will put his hand into the abundant interactive elements within the game, allowing users to infuse recipes and compete in gastronomic challenges. As it goes with the real-life contest, during which the chefs-to-be can win hefty Hell’s Kitchen prizes, the metaverse game will allow attendees to the enviable position of Head Chef.

“There’s nothing more exciting to me than chartering new territory, whether that’s creating a signature dish, a new restaurant concept, a new show, or now a virtual experience in The Sandbox,” Gordon Ramsay, the Foul-mouthed Chef, commented on the metaverse ‘fusion’.

Moreover, the chef and The Sandbox are planning to offer Hell’s Kitchen-themed items, including limited edition Gordon Ramsay and other renowned chefs’ avatars for the unmatched metaverse sweet-and-other-tooth experiences. Both newbies and chefs will be using those avatars to cook VR dishes, try new recipes, and delve into the world of Hell’s Kitchen to the fullest.

The avatars will go on sale soon. Monitor the environment for updates, and see you soon on the Hell’s side!

Lawyers zoom in on the metaverse